I spent the unusually cool August evening sleeping on a boat. I rolled out of the make-shift bed and walked up to the deck to grab more clothes. The evening before some friends and I took Rick’s boat for a stroll, lazily watched the riverfront from a sand island, and jet skied upwards of 60 mph on a smooth Ohio River. Sleeping on the boat that evening, I felt opulent and blissful. The gentle river waves put me to sleep with absolutely no cares in the world. Sure, school resumed in a couple weeks, but on that night I had no responsibilities, except to enjoy life. I just sat on the boat’s deck and chatted with friends as the sun rose on the horizon. 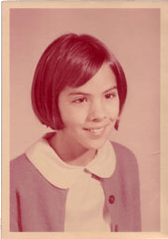 We got breakfast and then I headed home to shower. That’s when the call came. “Josh, you need to get to your mom right now.” It was her friend Leah. “She’s not doing well and the nurse says she won’t last past the day.” I hang up, but within seconds my sister called, crying, “Mom’s sick, Josh, you need to hurry.”

I knew she had lung cancer and her lupus had come out of remission. But the doctor gave her 18 months, and that was only two weeks ago. I began replaying my conversations with her over the past week. She did sound awful on Thursday, I thought to myself, but no worse than she had at other times this year. She won’t last past the day? Was she serious? My mind was racing and so my car was too.

As I pulled up Cole and Kelli walked toward me and looked for leadership. Stay calm, set an example, I tell myself. I walked in the door and glanced at the large crowd – a hospice nurse, family, and mom’s friends. But the glance is brief because I see mom drearily laying back on the couch, covered in blankets, with foreign tubes going into her airways with her mouth hung open. 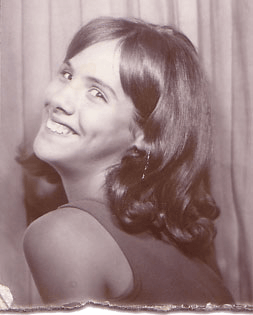 I could’ve said something, but right then all I could do was kneel beside her and hold her hand. So cold, so blue. I studied her hands but could not bear to see the death that’s gaining ground, so I clasped them tightly between my own, hoping to jolt blood and life back into them. I still couldn’t talk. Her breaths were labored and her beautiful eyes glazed over.

My mother had these enormous chocolate brown eyes. They could see right into my soul, and when she looked deep inside me, she gave me a warm, dimpled smile. Now, though, there were no smile, there were no dimples, and I’m not sure that she can even see. I caressed her forehead, and ran my fingers through her hair. If one word summed up my mom, it was warmth. Now, on a nice August day, she was far from it. Her skin was cold and its olive, tanned color was faded.

Finally I worked up the will to say something, and leaned over and whispered in her ear that I’m with her, that everything will be okay. Yeah, right. Everything will be okay. I didn’t believe it, and if she heard me she wouldn’t either, but I couldn’t let go just yet. No response. She’s lost in a drowsy fog of morphine.

I went back to caressing her, trying to grasp the enormity of it all. In an effort to fight back tears, I tried again. “Mom,” and suddenly the eye lids widened. I had woken her from a deep sleep. She gazed at me with a different look, a look of recognition, but just as quickly as it came, the glaze came back and she slipped into the fog.

Unhindered by the coma-like state, I started whispering prayers in her ear. Is she listening? Is God listening? I don’t remember what I said, I only remember the feeling. 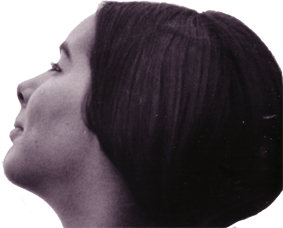 After some unknown amount of time I got up and walked out back to a gently sloping hill that led into a pond. Ducks flew into sight, coming to a halt by skidding across the water, and almost simultaneously some fish flopped at the surface. There’s too much life out here, I thought to myself, and so I went back inside.

Everyone was either standing or sitting, just listening to her breath while a machine pumps oxygen and morphine. The inevitable wasn’t far away, but no one seemed to know what to do, other than the hospice nurse. “Talk to her, talk to her about all the great memories,” she said. The hospice nurse, trained to treat people who have a disease for which there is no treatment, meant well. But at that moment my only wish was for her to leave or shut up. My mother was dying and I certainly didn’t need to be told how to say goodbye by a nurse who didn’t know any of us. 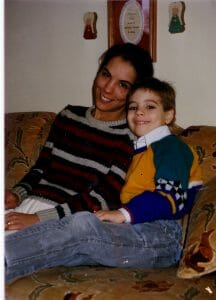 I stepped out of the room again, only to re-enter moments later. I don’t know how many times I did the ritual, or for how long. From her side, to another room, and back to her side again. Maybe I thought it’d be different when I came back each time and she’d improve. Maybe I just couldn’t stand to see her like that. Perhaps it was a mixture of the two. Hours passed as the organs slowly lost their fight.

I don’t think she could feel me caressing her head, but at least it comforted me. I leaned over to her ear again, “Mom, I love you.” Her eyebrows rose and her eyes widened. That’s when the tears came. Only this time they were her tears, and I know she heard me. She couldn’t talk, but the tears said enough.

My sister, brother, and myself held her cold blue hands as she took her last labored breaths. I can’t really describe the pain, the emotion of seeing your mother take her last dying breaths. And I don’t want to try, because I might succeed.

When everyone left, I stepped outside again and just sat in the grass as a thousand things raced through my mind. After some time two kids came riding nearby on their bicycles laughing and playing. It was like a baseball being thrown through a window into a quiet museum. It was loud, unwanted, and out of place. But in their laughter was life, and through them came a powerful lesson. A fish in the pond splashed again and I noticed more ducks had gathered. I stepped inside to grab some bread and headed to meet them.